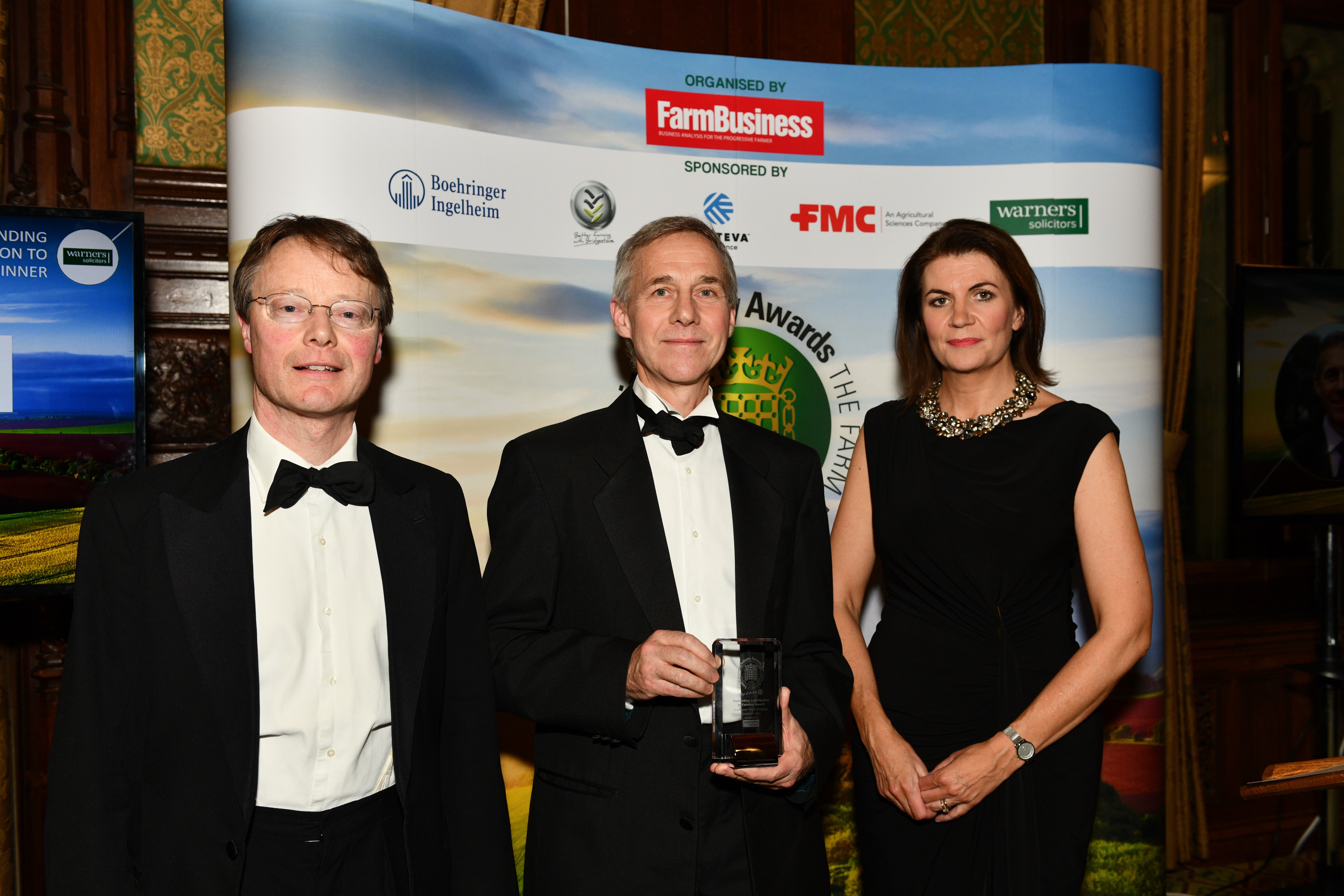 Michael Mcnally presented the award to Professor Nigel Gibbens at a prestigious ceremony at the House of Commons on Friday night (December 6), hosted by broadcaster Julia Hartley-Brewer.

Nigel is extremely well respected across the farming and Animal Health industry and he has played an integral part in enhancing the health and productivity of livestock farming, across the UK. He qualified as a veterinary surgeon from London University in 1981 and spent his initial three years in mixed practice in Derbyshire before gaining a master’s degree in Tropical Veterinary Medicine at Edinburgh University. His work then took him to Belize, where he worked in Government veterinary services (import controls, clinical work and supervision of exporting abattoir) and then Yemen for a further 2 years (rinderpest and sheep and goat pox eradication campaigns and clinical work) before returning to the UK to join the State veterinary service as a field veterinary officer in 1990. Nigel moved to the central animal health policy group in 1996 and worked on International trade negotiations for 8 years, followed by BSE control policy, animal welfare policy and agriculture international relations before becoming the UK Chief Veterinary Officer in May 2008. It wasn’t until February 2018 that Nigel retired from Government service. Some examples of Nigel’s outstanding contributions include: –

Setting up a system of export certification that enabled some exports of animal products, e.g. milk and cheese, to continue during the 2001 FMD epidemic. He led successful negotiations in EU and internationally at the World Animal Health Organisation to end the export ban on British beef in 2005. As CVO, informed, supported and defended the Government strategy to control bovine TB, including badger controls in endemic areas. Secured the reversal of a sudden ban on exports of UK pork to China in December 2014. Led the Government’s preparedness and response to exotic disease from 2008 to 2018, including a series of 13 cases of Avian influenza in poultry in 2016/17, communicating effectively in the media to avoid major public concern or a food scare and consistently supported an evidence-based approach to farm animal welfare, recognising the potential benefits of both intensive and extensive systems for both welfare and health.

Nigel has devoted his whole career to assisting and supporting the animal health and farming industry and his contribution has been greatly appreciated by many.

The Food and Farming Industry Awards are staged annually by Farm Business and Lewis Business Media to recognise excellence and innovation across the agricultural sector.

Farm Business publisher Simon Lewis said: “Congratulations to Professor Nigel Gibbens who was the deserved winner on the night. Once again these awards have highlighted the breadth and depth of talent, drive and ambition in the farming sector. We are delighted to recognise the achievements of the winners, but also all of those shortlisted, which, in itself, is a great achievement.”

Chair of judges Meurig Raymond said: “I was hugely impressed with the standard of entries submitted this year. It was a delight to see at first hand the enthusiasm and drive shown by our food and farming businesses, which continue to innovate and deliver fantastic products for consumers.

“Huge congratulations to all the winners who each managed to demonstrate something different and special about their businesses.” 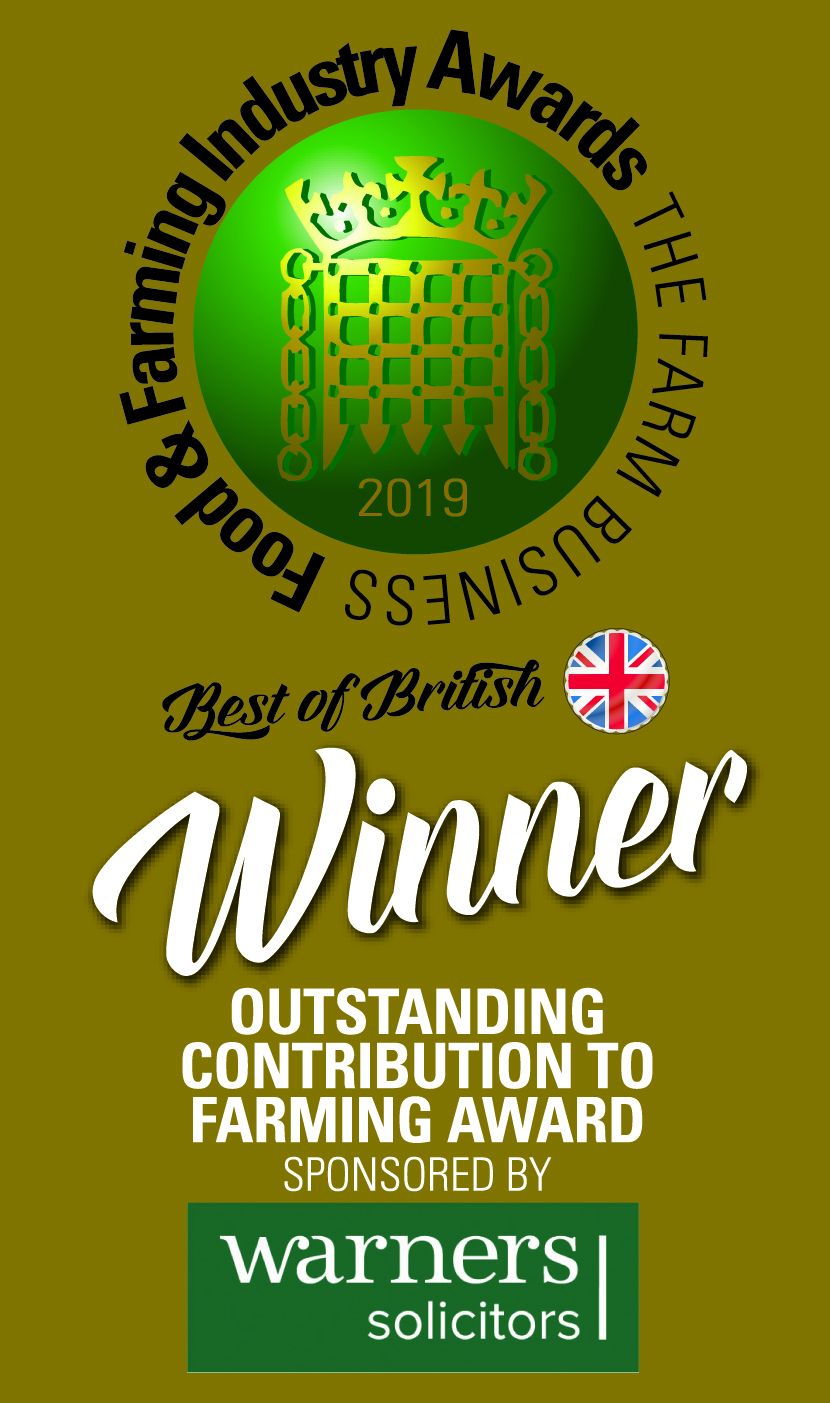