Following the recent advice issued by the Government and to protect the health and wellbeing of our employees and clients, all our staff will be working from home, until Government guidelines are changed. During this time, all our staff will continue to be available on the same telephone numbers and email addresses. Please be assured that our partners and staff are here to support and advise you. If you have any questions or concerns, please contact us. If you need advice about COVID-19/Coronavirus and how will impact you, your family or your business, please read our latest news and insights on our COVID-19 support hub. 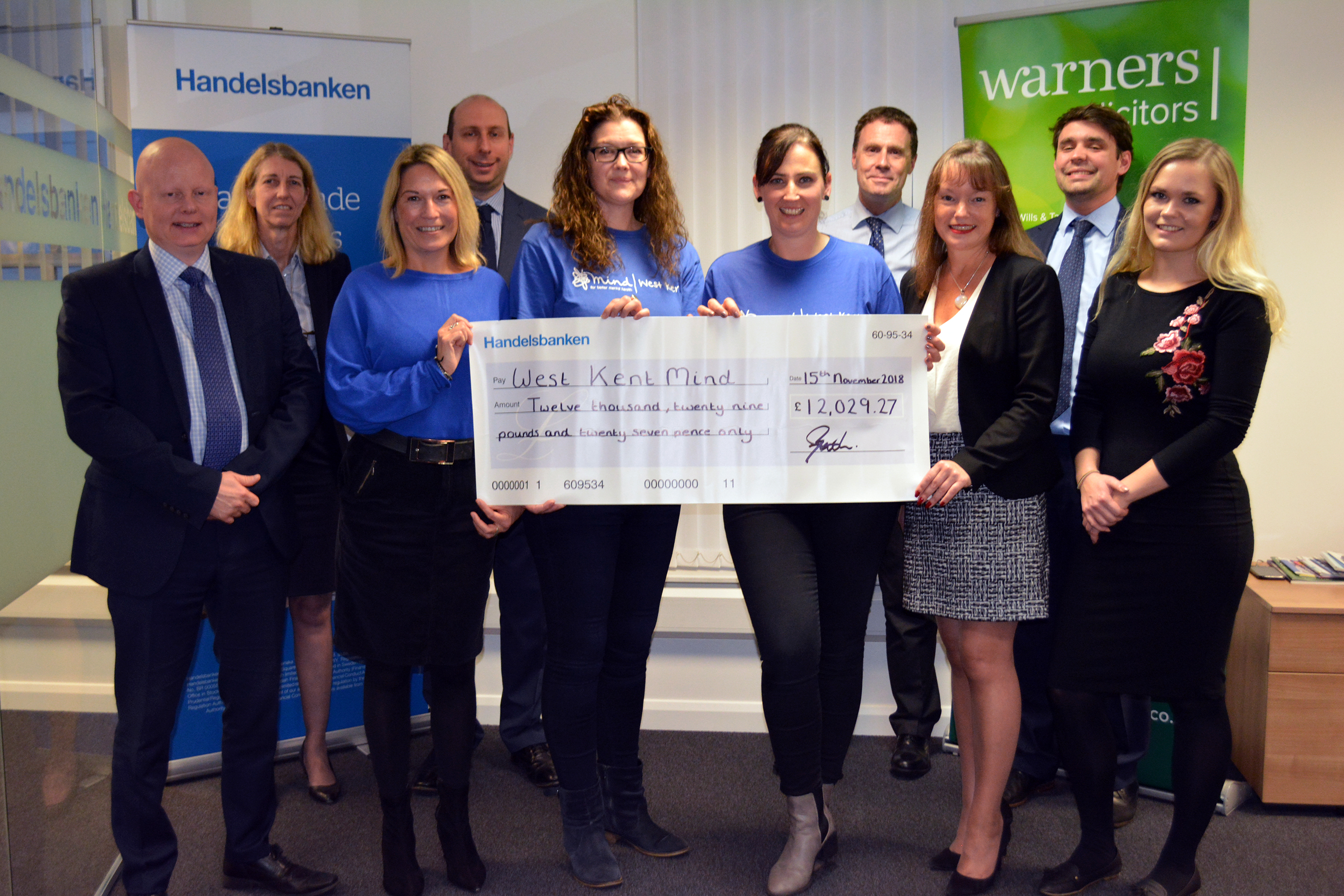 Two Kent based firms, Warners Solicitors and Handelsbanken, have raised over £12,000 for West Kent Mind, smashing their original target of £10,000.

The team of ten walkers and two support drivers took on the notorious ‘National 3 Peaks Challenge’ earlier in the year. Tackling the three highest peaks of Scotland (Ben Nevis), England (Scafell Pike) and Wales (Snowdon) the team walked a total distance of 23 miles (37km) and a total ascent of 3064 metres (10,052ft), a significant proportion of which was undertaken during the hours of darkness.

This was an incredibly demanding challenge, which took a huge amount of preparation. The team undertook one training walk each month. The training programme started with an eight mile walk on the Ashdown Forest and ended with a challenging 26 mile hike on the South Downs.

Team member Chris Jeffrey, from Handelsbanken, said: “This was a really daunting challenge. The team was a real mixed bag of ability with some members being very experienced hikers and some being complete novices. It took a lot of motivation and discipline to make it to the end. We were all so thrilled when we made it to the final summit of Snowdon and only had the final descent to go.” Chris added “We are very grateful to Sevenoaks Prep School for supporting West Kent Mind by generously allowing us to use their school minibus for the event”.

Team member and partner at Warners, Richard Theobald added: “We are absolutely delighted to have raised so much for West Kent Mind and we are really grateful to everyone who sponsored us and supported us at our fundraising events. West Kent Mind is such a great charity and the work it does is incredibly important for our community.”

Jill Roberts, Chief Executive, West Kent Mind, said: “West Kent Mind and all the people we support send a massive thank you to the team from both Warners and Handelsbanken for their amazing support throughout this year. The successful completion of the Three Peaks Challenge – Ben Nevis, Scafell Pike and Snowdon in 24 hours – was an amazing feat of both physical and mental endurance and takes focus and planning and we are grateful to everyone that participated. The team and staff raised a phenomenal £12,029.27 which is just incredible for a small local charity like ourselves. This money means we can make a real difference to people in the local community by offering practical, emotional and social support to people experiencing mental health problems. In particular this sum will enable us to continue facilitating two of our weekly mums’ peer support groups including a crèche. It will also enable us to continue raising awareness and striving for better mental health for all”